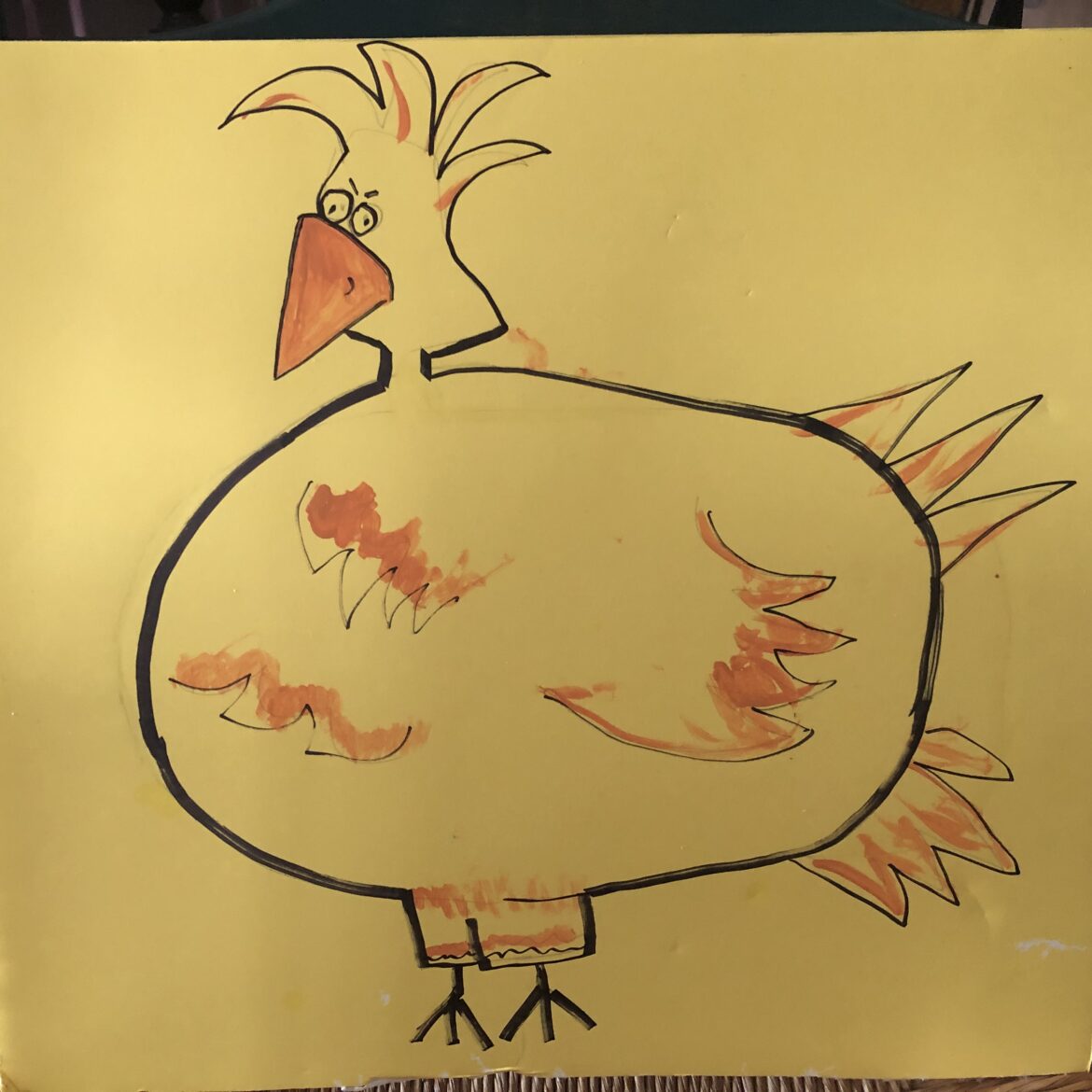 I am aware that I have often been accused of hyperbole by folks rolling their eyes behind my back. And, actually, I’m ok with that. But, this…this post. Seriously, it will change your life.

Back in the weeks before Mack came back from Korea (after a 6 month separation), I was very diligent in preparing delightful menus (on paper) to greet him on his return. Those of you who know me are aware that I am not the greatest day-to-day cook. I’m pretty good at cooking for a party, but the day-to-day stuff bores the life out of me. My poor kids thought that the drive thru at MacDonalds was our family dinner table. On the rare occasion that I prepared a weeknight meal at home, Mel would say, “I didn’t order this.” Well…I digress.

For decades, dining out was a regular part of Mack’s and my daily schedule. Sometimes it was a fancy dinner and sometimes just a grab-and-go, but let’s face it…there was a lot of eating out.

During the 6 months that I was here and Mack was still in Korea, I mostly ate frozen Weight Watchers dinners (by all accounts, I should – as Erma Bombeck put it – “be hanging from a charm bracelet”). Not so much. But, I knew that wasn’t going to be a good thing once Mack got home. He had been on that same frozen dinner diet for six months, and we needed something to look forward to each day of quarantine.

A piece of history that will probably surprise you all, I started life as a Home Economics major. As a real ball-o-fire in high school, I was the Vice President of the Home Ec Club (this was my only extra curricular activity and a true barometer of my popularity at Plano High School). But, I gave all it up for the path of elementary education. I guess I tell you this to say that I was always interested in the theory of food prep, though not so much interested in actually doing it.

Anyhow, Mack was coming home. In the day of CORONA, there would be no lunches out at the Stingaree (where they once threatened to put a plaque with our names on it above our daily table there on the Intracoastal window to the world). There would be no Thursday night Steak Night at the Tiki bar, and Jose’s to-die-for enchiladas and margaritas would not be an option. We haven’t been out to eat in a year. Strangely enough, we haven’t missed it (Well, not a lot. Well, maybe a little).

Mack got home on August 22, and I knew that I needed to up my cooking game. Though he does not have any gender role stereotypes or expectations (after 45 years, it’s my guess that he’s just given up on that), I felt like, if he was working all day – albeit from the back bedroom – that the least I could do would be to provide a decent meal every once in a while. I took it as a challenge.

That’s where the Fat Yeller Chicken comes in.

So, I picked Mack up at the airport in Dallas and we came right home to the beach. (We didn’t want him to be around the babies until he had spent his time in quarantine. Actually, we both wore masks, he sat in the back seat of the car and we sat at opposite ends of our 6ft. dining table for two weeks). For the trip home, I had made up a nice little picnic, complete with roasted Gulf shrimp – yummy. But, I’ll tell you about that another time.

That first day home, a Sunday, I made my first Fat Yeller Chicken. Using a combo of several recipes – mostly Ina’s Engagement Chicken – I started what has become a 26-week tradition.

Back in the day, when we could still go places, Mack and I had spent a wonderful long weekend in Paris. We were there for four days and for every meal, we ate the Parisian equivalent of my FYC.
They call it poulet roti. TomAto…tomAHHHto. Same difference. It was so yummy, served with frites and gravy. Man, was it good.

Since I knew that it would be a very long time before we could travel again, I decided to do “foreign” dishes at least once a week. Thus, the fat yeller chicken was born.

When looking for a recipe for that yummy gravy (never leave a calorie unharvested, I say), I found another lifesaving product: Better Than Bouillon. Why had I never known about this? Maybe they don’t use it at MacDonalds:)

So, we started our every Tuesday tradition. The Fat Yeller Chicken, Paris style.

I chop up the veg, squeeze a lemon on the chicken (then stuff the cavity with onions and lemon and a little sprig of rosemary), cover the chicken with olive oil and lots and lots of salt (don’t go all healthy with this step), and bake it for 90 minutes on 425 in my cast iron skillet. I get my girl Alexa to give me a heads-up when the FYC has been in the oven for an hour, then I put a little foil tent on top to keep it from getting too brown. Your oven may not require this step.

I make the frites in our air fryer (we are nothing if not health conscious), whip up the Better than Bouillon gravy, and microwave two little ramekins of frozen green peas. Most weeks, I make a loaf of homemade French Bread and we call it a day.

We set up one of our little Bistro Tables (that I bought at the grocery store in Winnie) in front of the tv in the bedroom and we pretend that we are people-watching on the street in Paris. Honestly, I think we will both miss these days when things open up and we can begin a “regular” life again. There’s something extra special about pretending. The weather is always nice and crisp there on the bank of the pretend River Seine, I’m usually dressed in designer caftans and I’m tall, thin and blonde. The waiters don’t look at us funny when we try to say “poulet roti” with our Texas accents.

The second best thing about the Fat Yeller Chicken is the leftovers. On Day 2, I make some really yummy casseroles, soups, salads, etc. using the leftover chicken. This week, we are headed to Crete, Greece with a yummy Mediterranean Chicken and Chickpea soup.

Yes, I do my own illustrations:)