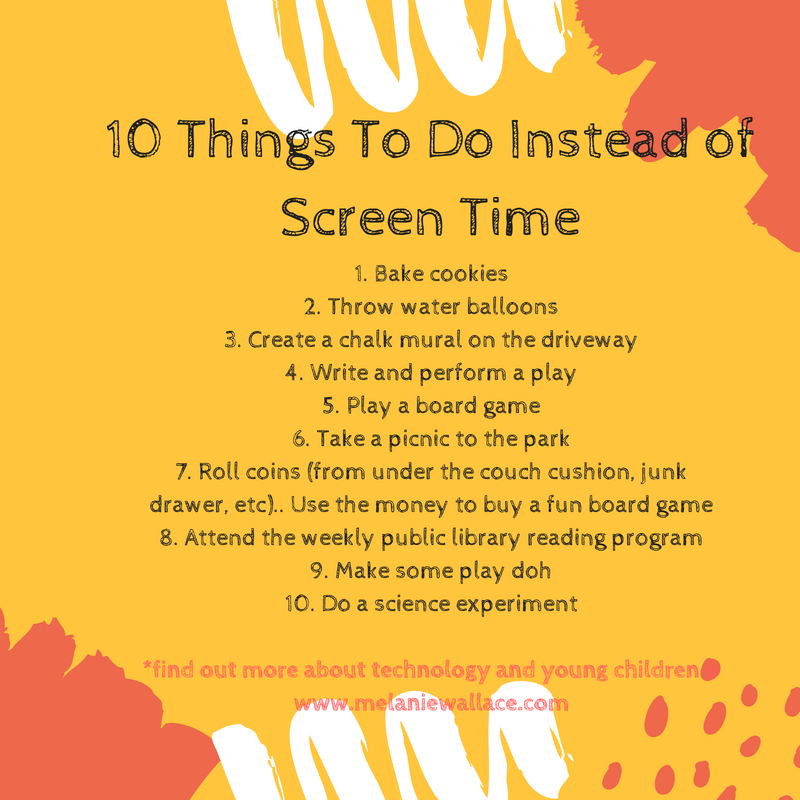 The use of technology with young children is a controversial subject. As with most topics, it is possible to find research to support which ever side of the discussion you happen to fall. From a significant review of the current literature, I found both positive and negative effects of technology on young children. As a child development specialist and educator of young children, I (of course) have my own biases. In my professional opinion, less is more.

That being said, I will admit to having been an early adopter of technology for young children. Back in 1982, when our eldest was 3 years old, we purchased a (then) state-of-the-art home computer – the TI 99 (that sentence kind of makes me laugh now). There were 4 or 5 educational software games that were out at the time, and we thought we were cutting edge. And, of course, we were.

All three boys enjoyed using the computer and entered kindergarten knowing letters and numbers and having a great vocabulary. The TI-99 had a part in that, but most likely, our devotion to reading, talking to the kids, and taking them on weekly outings had a lot more to do with it than the computer. But, I will give the devil it’s due.

As with just about anything, moderation is the key. The good parts of technology with young children include a positive impact on vocabulary, numeracy, and general knowledge (with programs/games that include those skills). It goes without saying that, in our world today, technology is king. These “digital natives” will grow up understanding how a computer works and are not in the least bit intimidated by having a go with a new computer program. They understand, from a very early age, that a world of knowledge is at their fingertips by simply googling a question. It’s like having a whole set of World Book Encyclopedias (now, there’s a blast from the past) at their fingertips at all times. That’s a good thing.

But, on the down-side (you knew it was coming), too much screen time is a really bad thing. Screens are so addictive that kids are often dissuaded from engaging in other activities that are so important to their development. The most important of these is PLAY. Jean Piaget said, “Play is the work of childhood.” “Play is the answer to how anything new comes about.” When we take away time from play, we are taking away a child’s most important learning tool.

A 2010 Kaiser Foundation study showed that elementary aged children use entertainment technology an average 7.5 hours per day. Children now rely on technology for the majority of their play, grossly limiting imagination, creativity and physical challenges.

On an even darker note, the incidence of childhood obesity, diabetes, ADHD, and a host of other maladies are staggeringly high. While there are many studies linking these concerns to an increase in the use of technologies, I won’t make that leap. I’ll just say that, common sense tells us that if a kid is sitting for hours on end, engaged in technology, instead of playing outside or playing imaginatively with friends or siblings, that’s a problem.

Additionally, the brain research shows that passive video viewing may lead to lessened cognitive stimulation. Viewing of violent media and playing violent video games increases violent behavior in some children. And so on and so on.

While this field of study and its impact on child development is fairly new and very complex, I call on parents to use common sense when allowing their young children to use technology.

Use it purposefully.
Use it sparingly.
Set a good example. Put down your iPhone and computer to engage with your child.
Be aware of potential negative consequences of overuse.